TrustCare | Everything You Need to Know About Childhood Asthma 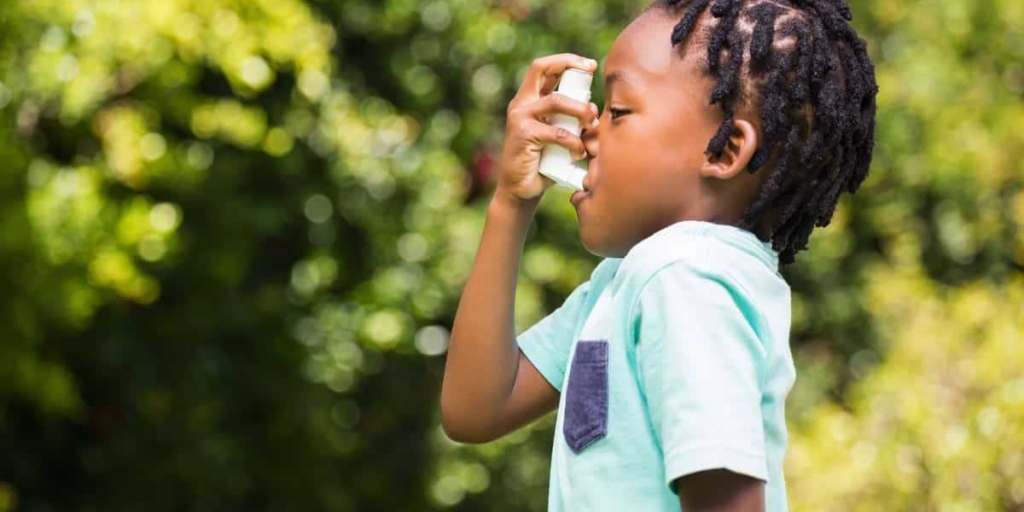 Each year, millions of children around the country regularly suffer from asthma attacks. Of those millions, hundreds of thousands will even have to make a trip to the emergency room to get special care. Asthma is also one of the most common reasons children have to miss school. But as challenging as it can be for kids, the good news is that there are a series of tried-and-true treatments that can help these kids get the care they need.

In essence, asthma is a chronic disease that affects the respiratory system by making the airways of the lungs more susceptible to inflammation. This lung disease is characterized by the “asthma attacks” that can occur at varying degrees of regularity, depending on the person. Whenever this happens, the inflammation causes a constriction of airways that makes it more difficult to breathe. An asthma attack can come about as a result of numerous environmental triggers or even as a reaction to some forms of medication (such as beta blockers and aspirin).

Though some environmental triggers are similar to those associated with seasonal allergies, asthma is different in the way those substances affect the lungs. Seasonal allergies cause inflammation and a buildup of mucus that leads to head and sinus congestion; while this congestion is unpleasant, it is ultimately an annoyance that can usually be treated effectively with mild medication. Asthma can be triggered by allergens, but the constriction of airways makes it a more serious condition that requires more elaborate treatment.

It is estimated that about 7% of the population of the United States is afflicted with asthma. As a health condition, it is fairly evenly distributed between adults and children, though it does tend to be more prevalent among adult females than adult males. Even though people of all ages can get asthma, however, it can be particularly hard on children for reasons that still aren’t fully understood by scientists. Childhood asthma is actually the most common chronic condition among children under 18 years old, and it is one of the leading causes of hospitalization and emergency room visits in children under 15 years old.

As is the case with many illnesses, not all children will have the exact same symptoms. In fact, some children’s symptoms will be very mild and others will be more severe. In general, air temperature and quality can have an impact on symptoms, and they may be worse in the morning or at night when cold air is more prevalent. The following are some of the most common signs and symptoms of asthma:

What Causes Asthma in Children?

The actual cause of a child’s asthma is still unknown, but it is believed to be the result of a combination of genetic and environmental factors. Asthma tends to run in families, so it can be somewhat predictable that a child will develop asthma if either or both of the parents have it. Allergies are often linked to asthma, though people with allergies won’t necessarily get asthma and people with asthma aren’t always triggered by the same kinds of allergens or irritants. It is also thought that early childhood respiratory infections can cause damage to lung tissue; this kind of damage at such a young age can have a negative impact on long-term lung function.

Doctors also believe that there are numerous risk factors that may increase a child’s chances of developing asthma. Exposure to secondhand tobacco smoke or high air pollution at a young age, for instance, can potentially cause the kind of lung damage associated with asthma. There are a wide variety of other potential factors that increase the likelihood of asthma, including: obesity, psychological stress of the mother during pregnancy, early life antibiotic use, and even possibly a lack of exposure to pathogens while growing up (referred to as the hygiene hypothesis).

Though the underlying cause of asthma is still unclear, the environmental factors that tend to cause the actual individual asthma attacks have been well documented. These asthma triggers can be very different for different children, but there are some that are fairly common and frequently observed:

Sadly, there is no cure for asthma, but there are several great ways to treat and manage the child’s condition. In general, treatment involves medication that either addresses quick relief needs or helps manage the disease over the long term. Long-term-oriented asthma medications should be taken regularly and aim to reduce the number of asthma attacks, but they aren’t useful for an attack in the moment. Quick relief medications are designed specifically to help a person deal with an attack right as it’s happening, usually in the form of an inhalant spray.

With the right medication, and the diligence to use those medications as directed by a doctor, asthma can be effectively managed for any child. In fact, most people have surprising success at reducing the frequency of attacks when they stick with their asthma action plan. Staying on top of medication is only one part, however; the other main component of reducing the frequency and severity of attacks is to know the child’s triggers and avoid them as much as possible. Having a pet, for instance, may not be feasible if the child has asthma. There may also be certain times of year when more allergens are in the air and you have to plan for a higher chance of an attack.

The most common kinds of medication used to treat asthma include corticosteroids, a type of steroid hormone that is often used to reduce inflammation. These inhaled steroids are generally very effective at controlling asthma, but there is some evidence that their use may slightly inhibit normal growth. The inhaler used to administer the steroids uses a nebulizer that changes the liquid into an easily inhalable mist that can be pulled deep into the lungs. For older children, a metered dose inhaler (MDI) with a spacer is recommended because it allows the child to begin to manage their medication at their own pace based on their own needs.

If you think your child may have asthma, you’ll need to bring him or her to a doctor for a diagnosis. Though asthma can sometimes be difficult to diagnose, the doctor has tools like a peak flow meter available to test the speed of air flow when exhaling. The sooner you can find out if asthma is the culprit, the sooner your child will be able to start feeling relief from symptoms that can be scary to a child.

At TrustCare, we are especially sensitive to the needs of children in our community. To best help kids (and their parents), we will soon be opening a special TrustCare Kids clinic that caters to the unique needs and healthcare challenges of children, including pediatric asthma. Learn more about our convenient hours and all of our locations, today.