TrustCare | Everything You Need to Know About Flu Shots 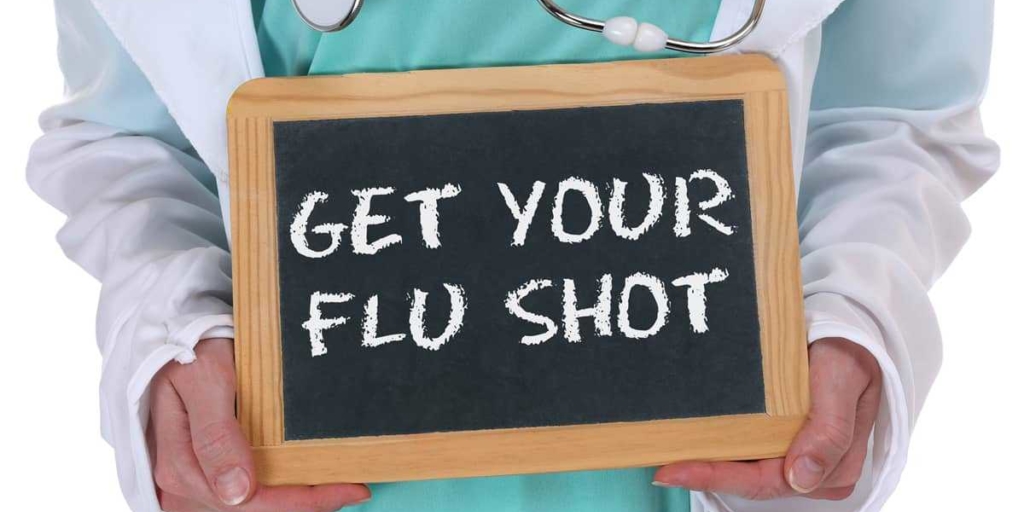 It’s that time of the year again: flu season is upon us, just as it always is around October. This year, however, with the additional burden of the COVID-19 crisis, flu season has the potential to be even more of a concern. The CDC (Centers for Disease Control and Prevention) recommends annual flu vaccinations to help curtail the spread of the flu virus, but this year they have have exhorted Americans to get an influenza vaccine to “protect yourself and the people around you from flu, and to help reduce the strain on healthcare systems responding to the COVID-19 pandemic.” What this means is that it’s more important than ever to be proactive about your health, and that absolutely includes lowering the risk of developing the flu.

Facts About the Flu and Flu Season

Short for influenza, the flu is a respiratory disease caused by an influenza virus. The two most common types of flu virus that can infect humans are influenza A and influenza B, but there are also myriad subtypes. One of the reasons influenza season returns year after year is that the virus regularly mutates and new subtypes come into existence. So even if you have had the flu in the past and built up antibodies to protect you from a certain strain, you would still be susceptible to contracting one of the new strains.

Though it is very difficult to determine the exact number, it is estimated that tens of millions of people in the United States contract this infectious disease each year. For most people, getting a flu infection is generally nothing more than an annoyance because of the unpleasant symptoms, but the sad truth is that hundreds of thousands of people need to be hospitalized and tens of thousands die each year because of the flu. Those who are high risk for more serious side effects of the flu include older people, young children, people with chronic health conditions, and pregnant women.

For reasons still unknown to science, the flu virus tends to spread at a much higher rate during the coldest six months of the year, depending on which hemisphere you live in. In the United States, the flu season runs roughly from October to May with an apex around February. To combat these annual surges of the virus, the CDC regularly urges everyone six months of age and older to get a flu vaccine shot once a year in anticipation of the coming season. This year is no exception, of course, yet doctors fear the confluence of the normal flu season and the coronavirus pandemic could potentially strain the healthcare system in an unprecedented way.

Why Get a Flu Shot?

It’s important to note that getting a flu vaccine does not make you permanently immune to the flu nor guaranteed to avoid it for the duration of the flu season. Instead, it’s helpful to think of a flu vaccine as a means of mitigating risk and improving your odds of staying healthy. When taken at the appropriate time (it’s best in September and October), the vaccine can reduce your risk of contracting the illness by 40%-60%. Part of the reason the risk isn’t reduced more is that current flu vaccine effectiveness is better for certain strains than others.

Even though it isn’t 100% effective, you’re still better off with the vaccine than without. In fact, it has been estimated, for example, that vaccination prevented over four million influenza illnesses and 3,500 deaths during the 2018-2019 flu season. Additionally, studies have routinely shown that getting the flu vaccine can reduce the severity of illness even if you still get the flu. In other words, you could get the vaccine and still get the flu, but your symptoms would likely be less intense than if you didn’t get the vaccine.

How Does a Flu Shot Work?

In general, when our immune system detects a pathogen in the body, it begins releasing antibodies into the blood stream to counter the pathogen. As large proteins that are released by special white blood cells called B cells, antibodies are capable of binding to a pathogen and rendering it inert. Once a specific pathogen has been neutralized, some of these B cells become reformed into memory B cells that can survive for decades; then, if the same pathogen is detected again, the immune system is able to jump into action more rapidly and neutralize the infection, often before it has a chance to cause symptoms.

The flu vaccine, like all vaccines, relies on this principle of how the immune system operates. Contrary to what some believe, getting a flu shot isn’t the same as being injected with the virus. Instead, the vaccine contains select elements (antigens) of the influenza virus that are harmless on their own. But when injected into the body, their presence essentially tricks the immune system into preemptively producing the antibodies needed to defeat the actual virus. If you then get infected, those antibodies are already there and ready to act.

Whether or not a vaccine is fully effective, however, mostly comes down to two factors: the “match” between the virus and vaccine and the overall health conditions of the person getting the vaccine. This matching factor is the primary reason why vaccines aren’t 100% effective: because there are so many variants of the influenza virus, the antibodies produced because of the vaccine will only work if they match up with the type of virus that infects you. To make vaccines better at matching up with strains circulating in a given flu season, vaccine creators modify it each year based on calculated predictions of which virus strains are likely to be in play.

When Should I Get a Flu Shot?

As noted earlier, the CDC recommends annual flu shots for everyone older than six months old, but the timing of the injection is also important. In order to have maximum effectiveness, you should get your flu shot in September or October. Since September is already gone, the best time would be between now and the end of October.

Where Can I Get a Flu Shot?

The great news is that flu vaccines are not at all hard to get! If you haven’t been vaccinated yet this season, make sure to stop by one of TrustCare’s multiple locations to get a walk-in flu shot, even if you don’t have flu symptoms yet. Our health care facilities are open at convenient hours seven days a week, and our providers are able to give flu shots for all adults and children age four and above. Getting a flu shot is one of the easiest things you can do to protect yourself and your family from the flu, but it’s also a great way (along with hand washing, social distancing, and wearing a face mask) to be part of making the community overall safer in the midst of the pandemic.