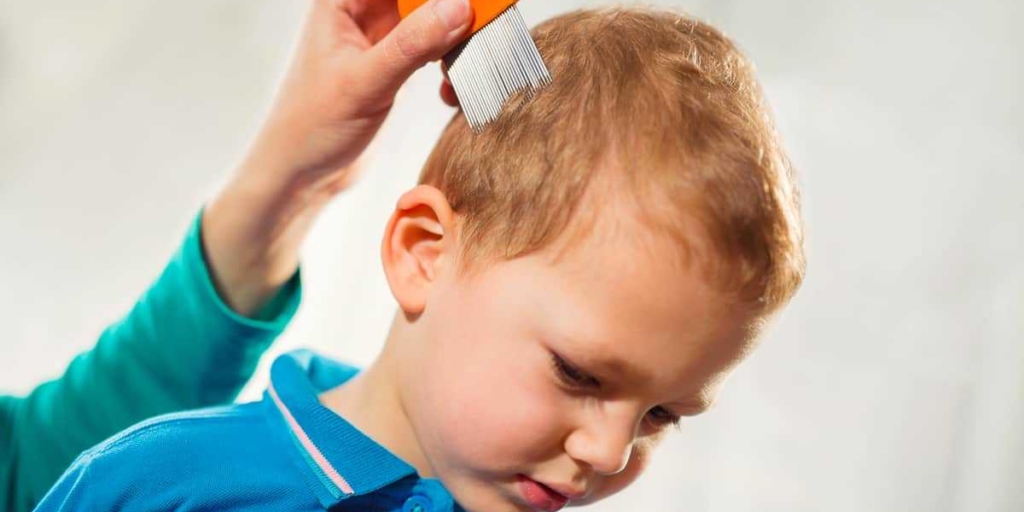 According to the American Academy of Pediatrics, “head lice infestation is associated with limited morbidity but causes a high level of anxiety among parents of school-aged children.” In other words, head lice causes a lot of unfounded panic for parents. Why? It may simply be because of the “ick factor”: the unsettling thought of a swarm of little bugs infesting one’s head. It may also be because of similarly unfounded concerns about head lice being associated with poverty or lack of cleanliness.

Whatever the reason, head lice remains a troubling malady to many parents around the country. Indeed, estimates from the Centers for Disease Control and Prevention (CDC) note that up to 12 million cases of head lice infestation occur each year in the United States, and the vast majority of those cases are school-aged children. Perhaps one of the most damaging aspects of head lice is simply the social stigma that can leave children feeling shame and embarrassment.

The reality of head lice is that the stigmas associated with an infestation is not based in scientific reality. While clearly undesirable (and a little unsettling), there are no known diseases or other medical conditions that can be carried by head lice. Nevertheless, parents and teachers of all backgrounds go to great lengths to deal with any infestation. In fact, it has been estimated that the cost for combatting head lice infestations is a surprising $500 million a year in the United States alone.

$500 million is a fairly high price to treat a condition that doesn’t pose a significant health hazard and that has been around for virtually all of human history. Still, it is understandable that no parent wants their child to experience an infestation. The good news is that it is easier and cheaper than ever to treat a head lice infestation. The first step is understanding these tiny parasites.

Even though head lice get most of the attention amongst parents and teachers, there are actually three different types that can affect humans: body lice, head lice, and pubic lice. Pubic lice are also known as “crabs,” and they are mostly found in sexually active adults. This type is primarily spread through sexual activity; the pubic lice themselves don’t spread any known diseases, but their presence can sometimes accompany STDs and indicate generally risky sexual behavior.

Another type, body lice, has also been around for a very long time. The major difference between body lice and other types is that body lice have been known to carry deadly diseases like typhus. Fortunately, the now near universal practice of regular clothes washing and bathing (along with overall improvements in medical care) have made body lice and their associated diseases extremely rare.

The head louse, known by its scientific name Pediculus humanus capitis, is the type perhaps most familiar to us and famous for being occasionally discovered by nurses in schools wielding toothpicks and plastic baggies. These lice have adapted over time to living specifically on the human scalp, and they spend their entire lives feeding on blood that has been sucked from the scalp skin.

How Do You Get Head Lice?

Adult head lice are very small: they measure around 2-3mm in length and are approximately the size of a sesame seed. Unlike many other parasitic insects, they cannot jump or fly. Since they can only crawl, a person can only become infested by having direct head-to-head contact with an infested person or by having direct contact with an item used by a person who has been infested.

A head louse reproduces by laying eggs on the scalp. These lice eggs, called nits, are attached to an individual strand of hair near the base of the hair shaft. After about 6-9 days, the nits hatch and the new nymphs emerge, leaving behind an empty shell (also sometimes confusingly referred to as a nit). The empty shells will stay attached to the hair shaft until either disintegrating or being dislodged.

Both the head lice themselves and their eggs are susceptible to being transferred to another person through a variety of activities. In school-aged children, lice can be passed between children who are playing or have close contact such as on the playground; either the eggs or the lice can be knocked loose and fall onto the hair or clothing of another person, thereby causing a new infestation. Though it is somewhat rarer, head lice can also potentially be passed through the sharing of hats, scarves, or other clothing items as well as personal items like towels, pillowcases, or hairbrushes.

How is a Head Lice Infestation Diagnosed?

Head lice infestations are technically referred to as pediculosis, and they are a relatively common occurrence for children 3 to 11 years old. The key factor in accurately diagnosing an infestation is the presence of either a live adult or nymph. While some infestations may be obvious and able to be self-diagnosed, it is easy to mistake dandruff or other hair-based detritus for nits. The easiest way to find out for sure is to seek the advice of a health care provider who knows how to spot a live lice infestation.

What Are Lice Treatment Options?

Once the diagnosis has been confirmed, there are a variety of treatment options that can be used in combination to bring an infestation to a rapid conclusion. If one member of a household has head lice, it is also prudent for all other family members or members of the household to be checked as well. Anybody who has lice should then be treated all at the same time to prevent a recurrence of the infestation.

Generally speaking, the best regimen for the treatment of head lice will involve both medication and supplemental methods to contain and ultimately eradicate the lice. The following are the most common and most effective treatment options for head lice:

Often a good first step, using a fine-toothed lice comb can remove nits, nymphs, and adult lice simply by combing through damp hair. Results can vary by person, so it is ideal to combine with medication.

Although head lice can’t survive apart from a human scalp for more than a couple days, it is still possible to become infested again from the items in one’s home. Machine wash clothing and bedding to make sure no lice survive and soak combs in hot water for 5-10 minutes; additionally, vacuum the furniture and floors to reduce the risk of a reinfestation.

Over the years, a number of lice treatment home remedies have emerged and evolved. One school of thought is that the lice will be suffocated by slathering on mayonnaise, butter, petroleum jelly, or olive oil all over one’s hair. To date, there is no clear or substantial scientific evidence that any of these methods can effectively kill head lice. Many doctor-approved prescription and OTC treatments are both inexpensive and readily available, so it really isn’t necessary to attempt a home remedy.

While a head lice infestation can be a little gross and somewhat embarrassing, it really isn’t anything to worry about. It’s also worth noting that research continually reinforces the fact that getting lice has nothing to do with cleanliness or poor hygiene. It can happen to anyone! If you or your child have had an itchy scalp and think there might be a head lice problem, walk in to any TrustCare location or consider a telehealth appointment. We’ll be able to quickly diagnose you and get you on your way to a lice-free scalp.