TrustCare | How to Choose an Allergy Medication 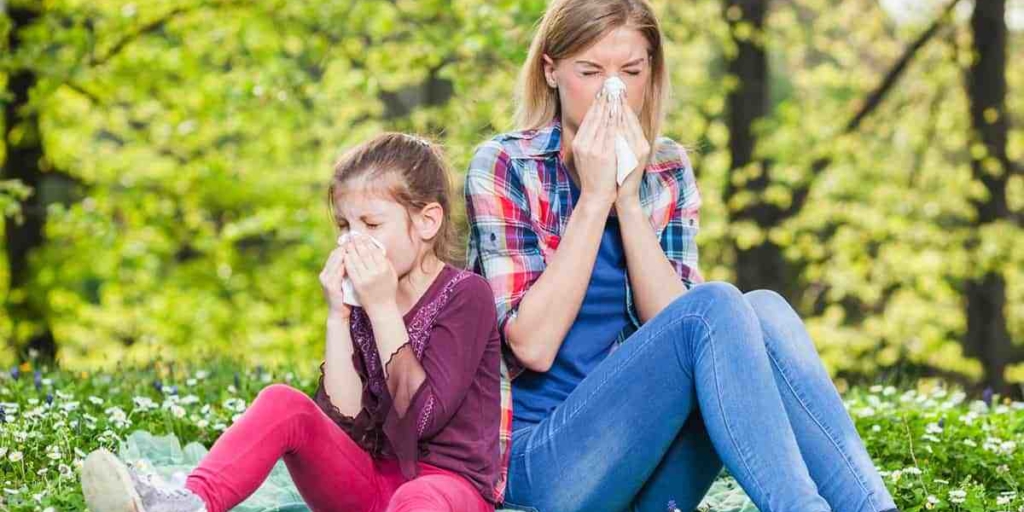 Each year, nearly 20 million Americans are diagnosed with some form of seasonal allergy, and that includes over five million children. While not generally a serious malady, having these allergies can have a significant impact on a person’s quality of life. To combat the symptoms that come with those allergies, there are a wide variety of allergy medications to choose from. The hard part for most people, though, is figuring out which medication is the best and most effective for them personally, especially since individuals tend to react differently to different drugs.

When people talk about having “allergies,” they are generally referring to seasonal environmental allergies that are transmitted via air particles. Sometimes referred to as hay fever, this condition is technically known as allergic rhinitis. Allergic rhinitis is characterized by inflammation in the nose or elsewhere in the sinus cavity that leads to a number of different allergy symptoms:

The inflammation in the sinuses is primarily due to an immune system overreaction. When nasal passages are exposed to certain types of allergens, they are identified by antibodies in the immune system as threatening foreign substances. This identification then triggers an inflammatory response throughout the areas where the allergen is located. The immune system then releases substances called histamines, chemical compounds that attempt to help remove the allergens by causing additional mucus to be secreted. In essence, the body creates effects that cause you to sneeze, cough, or drip your way to eliminating the allergens.

The presence of the allergens themselves is the primary cause of allergic rhinitis symptoms, but the fact that certain substances elicit this inflammatory immune response is still something of a mystery. Research has suggested that the underlying cause is likely a combination of environmental and genetic factors. This is because there is both evidence of allergic reactions being passed on to children as well as people in families with no history developing new allergies after being exposed to some substances.

Apart from potential underlying causes, however, there are a variety of known substances that tend to be linked with allergy symptoms. A significant number of these substances are found in the pollen of various seasonal plant species that rely on winds to be pollinated (plants pollinated by insects tend to have larger pollen grains that either aren’t carried by the wind or are too large to cause problems in the sinuses). Some allergies are also caused by animal dander, which is fur or hair that has been shed.

Since there is no “cure” for seasonal allergies, doctors must rely on treatment methods that can manage or mitigate the symptoms. While there are some home remedies and habits that can ease or avoid some symptoms, most options come in the form of either prescription or over-the-counter medication. Below is an overview of various allergy treatment options:

As the name suggests, antihistamines are substances that block the histamines released by the immune system. Since histamines are responsible for most allergy symptoms, blocking them temporarily brings relief from symptoms like a runny nose or watery eyes. Histamines are also involved in regulating wakefulness, however, which is why antihistamines can sometimes cause drowsiness. Some examples:

When the immune system starts causing mucus to form in the sinuses, that mucus can sometimes run free and sometimes build up and cause congestion. Decongestants, then, are designed to provide temporary relief from symptoms related to nasal congestion by causing mild vasoconstriction in the surrounding blood vessels; this is meant to simultaneously reduce swelling and mucus secretion in order to halt symptoms. Some examples:

Since the immune system’s inflammatory response (and subsequent overproduction of mucus) is the main cause of allergy symptoms, doctors sometimes try treating the allergy with corticosteroids. This medication resembles a hormone called cortisol that is produced by the adrenal gland and is used to suppress inflammation and thereby prevent or relieve symptoms. Some examples:

Mast cells are part of the immune system and help regulate immune responses and inflammation. By using mast cell stabilizers, the release of histamines can be avoided when an allergen is detected. The nature of mast cell stabilizers requires several days of treatment before the full effects are felt, so they tend to be used only when antihistamines and some other medications aren’t working. Some examples:

Leukotrienes are another type of substance that the body produces to cause inflammation when allergens are detected by the immune system. Leukotriene inhibitors are only available by prescription and essentially block the release of leukotrienes. The only drug that has so far been approved for allergic rhinitis is an oral medication called montelukast (Singulair).

For some people and some allergens, it is possible to treat the allergy by essentially training the body to become less allergic. This is done through the process of allergen immunotherapy, a preventative method that involves gradually exposing a person to greater amounts of an allergen; over time, the incremental therapy can train the immune system to essentially be less sensitive to a particular allergen. This form of therapy is typically administered by either injection or an oral medication.

Considerations for Choosing an Allergy Medication

Part of the reason there are so many different medications and approaches to allergy treatment is that specific allergens and related symptoms can have varying degrees of severity and frequency depending on the person. Because of this, it is hard to make generalizations about which medications are best or most effective. For most forms of mild seasonal allergies, a bit of trial and error is required to find the best option for your needs. Nevertheless, here are some considerations and questions to keep in mind while considering the options:

With a typically mild condition like seasonal allergies, most people try to solve the problem themselves. There are times, though, when you just can’t figure it out yourself or you’ve grown tired of half efforts. To really find relief, then, you’ll need to seek out medical advice from a qualified physician. In some cases it can be hard to determine with specificity what allergen is actually affecting you, so an allergy test may be necessary to help narrow down the best treatment options.

If you’ve been experiencing allergy symptoms that you can’t control with over-the-counter medications, TrustCare can help you finally find relief. Drop by one of our convenient Mississippi locations to get tested; our allergy test uses the latest technology to determine your sensitivity to 36 different environmental allergens. With the information gleaned from the test, one of our highly trained physicians will be able to more accurately recommend or prescribe a treatment method that will help you find relief quickly.