TrustCare | How to Treat a Stuffy Nose and the Common Cold 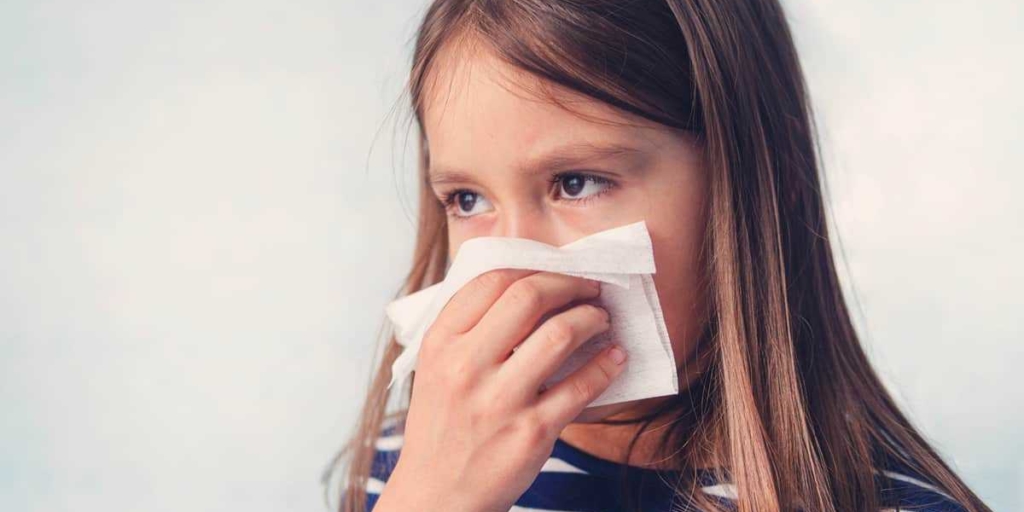 At a time when the COVID-19 pandemic is surging all over the country, having a stuffy nose or a sore throat can understandably be a cause for concern. Fortunately, the Centers for Disease Control and Prevention (CDC) provides helpful guidance about how to identify COVID-19 symptoms. For the most part, though, a stuffy nose is annoying but usually the result of a much more innocuous condition like the common cold. How you get rid of a stuffy nose really depends on the cause, however, so it’s helpful to look at some common culprits.

Nasal congestion is caused by any substance or pathogen that has the potential to inflame or irritate the tissues of the nose or the sinus cavity in general. In some cases, the substance could be an allergen that enters the body through normal breathing; irritating particles become trapped among the hair follicles inside the nose and, in some people, cause inflammation. In other cases, a bacterial or viral infection can enter the body through one of the mucous membranes and will eventually lead to inflammation when the body’s immune system begins to fight the infection. The truth is that there are a lot of different possible causes of nasal congestion:

What Is the Common Cold?

Many of the causes listed above are temporary conditions that come up because of changes in a person’s environment. For instance, during allergy season (usually in the spring), allergens from certain plants are plentiful in the air as new growth starts to come in after the winter. Other irritants, like spicy food or particular medications or tobacco smoke, can become a problem after just a single day. The common cold, on the other hand, tends to stick around for a while, prolonging the presentation of various symptoms.

Part of the reason the common cold is referred to in this way is that it represents a series of different viruses that are grouped together because they all produce similar cold symptoms. Unlike the flu, which has four subtypes, the common cold has over 200 strains of different types of virus: rhinovirus, coronavirus, adenovirus, among others. Rhinovirus is the most common, and it represents around 80% of all cases.

As with most upper respiratory infections, the common cold is spread primarily through aerosolized droplets of mucus that get inadvertently sprayed around when a person is in close contact and talks, coughs, or sneezes. These droplets can then enter another person’s body by being absorbed through a mucous membrane (often the mouth or nose). The body’s immune system senses the pathogen and begins to release inflammatory mediators that cause inflammation as part of the immune response. This inflammation is what causes the buildup of mucus and in turn makes a person’s nose stuffy.

How Long Does a Stuffy Nose Last?

In addition to a stuffy nose, the trademark symptoms of a cold include sneezing, runny nose, sore throat, and scratchy or watery eyes. These symptoms typically start two or three days after the initial infection, though it can vary depending on the person and a variety of health factors. After the onset of symptoms, the immune system can take from several days to several weeks to produce sufficient antibodies to eliminate the virus; the symptoms are also usually still present during this time.

If the cause of the stuffy nose is bacterial, as is often the case with sinus infections, the duration of congestion and other symptoms can potentially last for numerous weeks. This is in part because of the nature of sinusitis, but it can also happen if the antibiotics prescribed weren’t strong enough or if the person doesn’t finish the full course of medication. Sometimes a sinus infection seems like it’s going away, leading a person to believe that the rest of the medication isn’t necessary, and then the stuffy nose and other symptoms come right back.

Children and the Common Cold

Adults and children are of course both susceptible to all of the possible causes of nasal congestion, but the common cold is unfortunately sometimes more intense and longer-lasting in kids. In fact, children also tend to get the common cold more often; adults may get 2-3 colds per year, but kids can get more than twice that in a year on average. Moreover, when a kid gets a cold, it tends to last for two weeks or even sometimes longer. This can additionally lead to other complications like ear infections or sinus infections that prolong symptoms.

How Do You Treat a Stuffy Nose?

The trick to getting rid of a stuffy nose depends in large part on the underlying cause. In terms of the common cold, most treatments involve easing symptoms until your immune system fights off the virus. This waiting game can be improved through over-the-counter (OTC) medications like pain relievers, nasal decongestants, and drinking a lot of fluids. Taking these steps doesn’t necessarily reduce the amount of time you have a cold, but it can help you feel a lot better in the meantime. With allergies or other temporary causes, treating a stuffy nose gives you a few more options:

For most people, home remedies and OTC medications are sufficient to get them through a cold or a bout of a stuffy nose. For those with young children, or if allergies are recurring, a visit to a doctor may be necessary. If you have cold symptoms or flu symptoms that seem more severe, or if you have difficulty breathing, it’s better to get checked out. To make sure you have access to our excellent healthcare providers, TrustCare has several walk-in urgent care locations with favorable hours to fit your busy schedule. Feel better, faster!