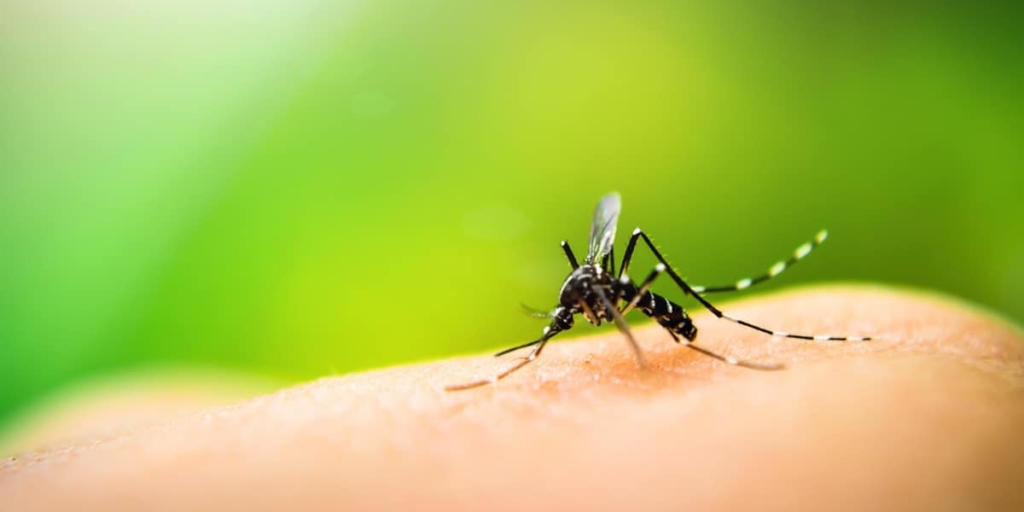 The summer may be winding down, but that doesn’t mean there isn’t plenty of time left for barbecues and other fun outdoor activities. But with those fun outdoor activities, of course, comes the risk of an encounter with a pest that’s synonymous with summer: mosquitoes. These flying insects are well known for their ability to stealthily land on your skin and bite without you even being aware of it. Even though these bites are generally just an annoyance, the familiar itchy bumps left behind can continue to be an annoyance for days.

There are over 3,500 species of mosquito in the world, and most share similar characteristics: diminutive, slender bodies between 3-6 mm in length; long, spindly legs; and narrow wings that allow very agile movements through the air. Their most notable feature, however, is the thin, tubelike mouthpart called a proboscis. Though mosquitoes can use these tubes to feed on nectar and other organic material, they are also famously capable of piercing the skin of a host to feed on the host’s blood. Here are some other noteworthy facts about one of the world’s most hated pests:

The most relevant fact for humans is the effect of being bitten. When a mosquito bites, there is a little of the female’s saliva that seeps into the skin. This saliva has an anticoagulant agent that assists with the mosquito’s digestion but also results in the itchy bumps caused by an immune response in humans and most other hosts. This exchange of blood and saliva is also the means by which disease can be passed on to the host. There are unfortunately a wide range of pathogens and parasites that can be passed, including yellow fever, dengue fever, zika virus, West Nile virus, and malaria. In all, mosquitoes are responsible for an estimated two million deaths each year around the world.

In the United States, the risk of serious disease from a mosquito bite is much less than other parts of the world, but some of these diseases still remain a very real concern. Indeed, there have been well-documented outbreaks of the viruses that cause encephalitis, meningitis, and other dangerous diseases in various parts of the U.S. It is because of all of these concerns, including the far more common concern of avoiding itchy bumps all over your arms and legs, that it’s helpful to keep in mind some tips for preventing mosquito bites:

Mosquitoes that attack humans exclusively breed in standing water, and they have adapted to countless ecological conditions. For example, Aedes albopictus, commonly known as the Asian tiger mosquito, has adapted to breeding in very small amounts of water. So part of preventing bites is giving the mosquitoes fewer places to breed.

Mosquitoes are obviously very small and are capable of getting inside homes and other structures. They have also been known to use attics and crawl spaces to lay dormant in the winter months. It is therefore important to make sure that entry points are blocked by a barrier.

How to Keep Mosquitoes Away With Natural Repellents

Both the EPA and the Centers for Disease Control and Prevention (CDC) have long recommended the chemical known as DEET as a primary means of repelling mosquitoes (and some other insect pests). In recent years, another repellent known as picaridin has become more widely available and is favored by many people; in addition to having a similar level of protection from mosquito bites, picaridin lacks the smell and stickiness that DEET is known for.

Over the years, however, there has been a growing desire for more natural solutions to repelling mosquitoes. One example of a plant-derived product is oil of lemon eucalyptus; this compound comes from a type of eucalyptus tree native to Australia and is also recommended by the CDC. There are additionally a number of other substances available today; while the research on some of these other methods is still nascent, there is evidence to suggest they may also work as a mosquito repellent:

Would I Ever Need to See a Doctor About a Mosquito Bite?

As noted earlier, it’s rare to contract a disease from a mosquito bite in the United States, though the risk shouldn’t be dismissed entirely. Most bites will heal on their own after a couple days, but a secondary infection could happen if the bite is scratched or picked at too aggressively. You shouldn’t need to see a doctor unless additional symptoms emerge, notably fever, muscle weakness, stiffness, or disorientation. If you ever have concerns about bug bites or any medical problem, TrustCare makes it easy to get quick, quality healthcare; view our complete list of locations.