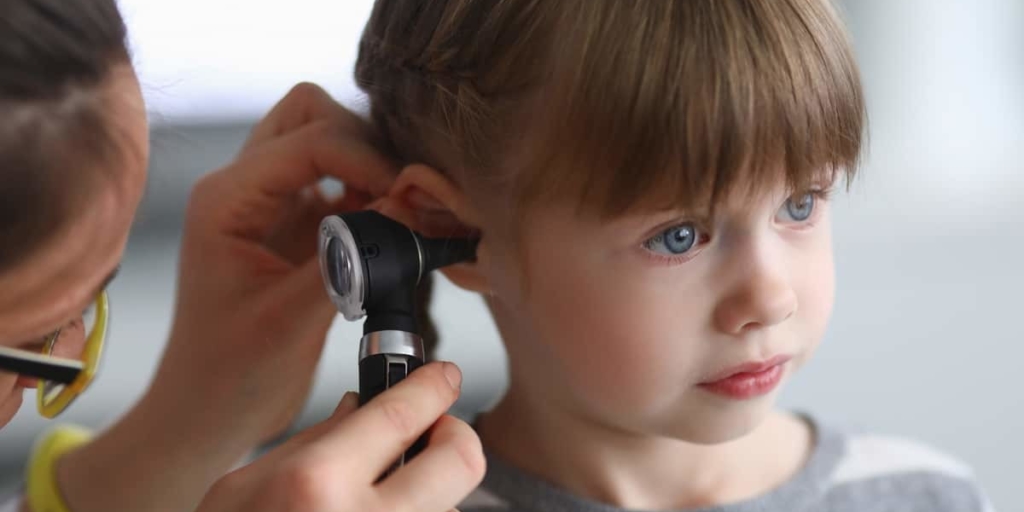 Ear infections are very common in the United States, but they unfortunately are a much more common occurrence in children when compared to adults. According to the National Institutes of Health (NIH), more than 80% of young children will develop an ear infection by the time they are three years old. Indeed, ear infections or earaches are the most common reasons a parent will bring their child to a doctor. Though the vast majority of ear infections are mild and not a major concern, they can become a problem if not treated properly.

Structure of the Ear

The human ear is a small but complex organ whose primary purpose is to enable hearing, but it also has an impact on equilibrium, coordination, and balance. The ear is composed of three parts that all have different functions:

Though all ear infections involve infection by a pathogen, the location of the infection within the ear can have slightly different effects on symptoms and treatment. An outer ear infection, for instance, is called otitis externa; this condition primarily affects the ear canal. Also known as swimmer’s ear, otitis externa is usually the result of exposure to bacteria or a virus while the skin in the ear canal is compromised or damaged in some way. The common symptoms are typically limited to external ear pain and visible redness and swelling. Otitis interna, by contrast, is an infection of the inner ear and usually only causes vertigo or other problems with balance.

Otitis media, an infection of the middle ear, is by far the most common type of ear infection, and it is what people usually think of when they say their child has an ear infection. When either bacteria or a virus infects the area, fluid builds up in the tympanic cavity behind the eardrum. Even within the category of middle ear infections, though, there are multiple types that can present in different ways with different combinations of symptoms:

What Causes an Ear Infection?

The most common cause of an ear infection is exposure to either bacteria or a virus that are typically present because of a previous upper respiratory infection. The reason the two infections are often linked is that the middle ear is connected to the respiratory system through the Eustachian tube. This connection makes it relatively easy for pathogens to migrate to the middle ear and cause a separate ear infection.

The Eustachian tube is also one of the reasons why ear infections happen more frequently to children than to adults. When children are young and their bodies are still growing and developing, their Eustachian tubes are smaller and more level than in a fully grown adult. These smaller and more level tubes make it more difficult for any middle ear fluids to drain out any fluids that might build up. Another reason children are more susceptible is that bacteria can get trapped in their still-developing adenoids (part of the immune system).

How Are Ear Infections Diagnosed?

When you bring your child to a doctor because you suspect an ear infection, the first thing the doctor will ask is whether they had a recent sore throat or a common cold. The doctor will also ask about any signs or symptoms of an ear infection like ear pain, trouble sleeping, fussiness, tugging at the ears, or fever. A visit to the child’s doctor will also likely include an examination of the ear canal and eardrum with an otoscope. An otoscope is a lighted device that allows a clear view of the eardrum; any bulging will indicate fluid buildup and therefore a likely infection.

How Are Ear Infections Treated?

The treatment path for an ear infection is dependent on the cause. If it’s a bacterial infection, the doctor can prescribe antibiotics that will gradually eliminate the bacteria with a seven to 10-day course of medication. If it’s a viral infection (usually by a pneumococcal virus), however, treatment will mostly involve easing the symptoms until the immune system can clear up the virus. Over-the-counter pain relievers like acetaminophen or ibuprofen can be very helpful for reducing inflammation and related discomfort.

In cases where the child has chronic ear infections or there are other serious complications, the doctor may want to perform a procedure called a myringotomy that involves creating small holes in the eardrums and placing special tympanostomy tubes that will aid with fluid drainage. These ear tubes are designed to stay in the ear for six to nine months before falling out on their own (usually with a followup visit to the doctor). If infections are still a chronic problem after that, the next step would be removal of the adenoids to make infections spread through the Eustachian tubes less likely.

If you suspect your child has an ear infection, it’s a good idea to bring them in to get checked out. Most ear infections will be mild, but if left untreated they can become more serious. At TrustCare Kids, we are passionate about providing excellent health care and making your kids feel better as quickly as possible. You may also visit any of our walk-in urgent care locations.