TrustCare | Why Your Strep Throat Keeps Coming Back 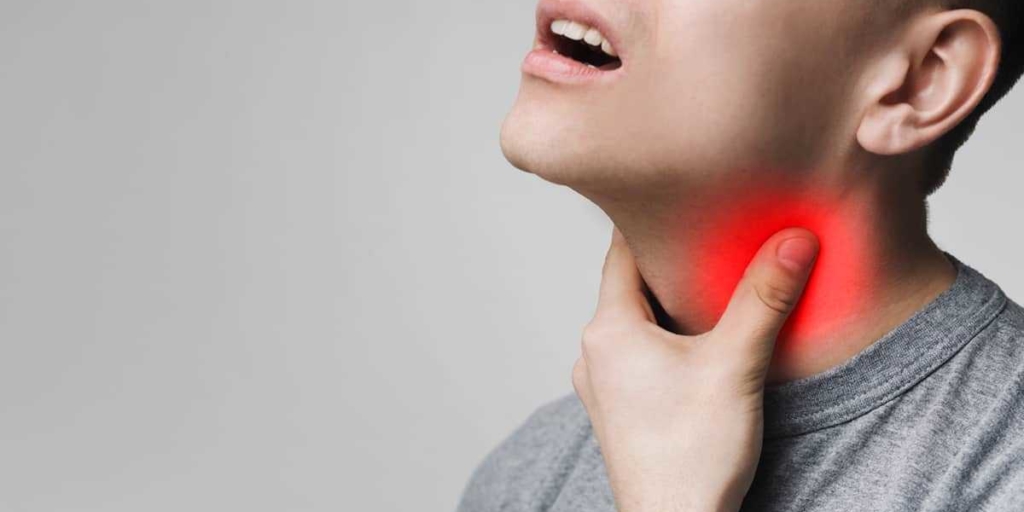 “It feels like swallowing razor blades.” This is a common reaction that can be understood by anyone who has picked up strep throat. A common ailment that mostly affects children, strep throat is responsible for up 40% of sore throats amongst children during a given year in the United States. Overall, around 11 million people get strep throat infections annually; although it is generally not a very dangerous disease, it nevertheless leads to approximately 1800 deaths each year. For some people, it transcends a one-time malady and becomes a recurring problem.

What is Strep Throat?

“Strep throat” is actually an informal term for streptococcal pharyngitis, a bacterial infection that affects the back of the throat. The bacteria in question is Streptococcus pyogenes, but it is also referred to as “group A Streptococcus” (GAS). In a given year, most cases of strep throat occur in young children, though adults can also become infected. Schools and daycare centers are traditionally the most likely settings for the disease to be passed on, and that’s why adults who do become infected are typically teachers or parents.

The strep bacteria is passed from one person to another through close, direct or indirect contact. Once in the body, the bacteria infects the throat and tonsils situated at the back of the throat and causes the area to become inflamed. When a person coughs or sneezes, minuscule respiratory droplets get expelled and bring the bacteria along for the ride. For this reason, strep throat is fairly contagious, and it can even be passed by someone who doesn’t have any of the symptoms associated with the disease.

What Are the Symptoms of Strep Throat?

The most common and obvious symptom of strep throat is throat pain; the inflammation of the tissues at the back of the throat can be so severe that even basic swallowing becomes an excruciating task. Beyond throat pain, though, there are a number of other symptoms that can accompany strep throat:

There are times when the symptoms of strep throat can even mimic elements of a viral infection, such as the common cold or influenza. In fact, a virus can be generally ruled out if a person has a cough, runny nose, pink eye, or even a raspy voice. These symptoms aren’t associated with strep and probably indicate another condition.

For many people, getting strep throat is a one-off incident that is unpleasant for a while but then doesn’t come back once it has been cured. But for some unlucky people, the infection keeps coming back. This condition, known as recurrent strep throat, is defined by the number of times you get the infection in a year; this typically means getting strep more than seven times in a given year. The obvious question here is: why does it keep coming back? There unfortunately isn’t one universal answer to this question, but there are several different factors that may be the culprit, either individually or in combination:

How Do I Treat and Prevent Recurrent Strep Throat?

As noted above, strep throat is a bacterial infection that is treated in the same way as most other bacterial infections: with antibiotics. Since only a doctor can prescribe antibiotics (like amoxicillin), this means you’ll need to see a doctor if you think you might have strep. And even though the symptoms might be clear and there is clear evidence of inflammation in the back of your throat, strep can’t be diagnosed without a throat swab and subsequent lab work. Once diagnosed by the doctor, prescribed antibiotics can work remarkably fast. Indeed, a lot of people start to feel noticeably better within 24 hours; even if you feel better quickly, though, it is imperative to complete the entire course of antibiotics.

The good news is that the tests for strep throat have improved significantly, and now doctors like those at TrustCare can give you a rapid strep test and throat culture that can actually produce test results within a few minutes. Practically speaking, this means that the severe throat pain that you go to the doctor with can be diagnosed quickly, and you can usually get your prescription shortly afterwards.

Preventing recurrent strep throat can be doable or tricky depending on the reason for the recurrence. If the antibiotics you have initially been prescribed don’t seem to be doing the trick, your doctor may have to change the dosage or select a different medication. For most people though, preventing strep throat is not unlike trying to avoid a cold or the flu: wash your hands frequently, avoid sharing dishes or utensils with other people, and be wary of people you interact with at school or work who seem to be sick.

Visit a TrustCare Location Near You

Ultimately, strep throat is a condition that can be easy to deal with when you have help from a doctor. If you have a sore throat or other symptoms related to strep, don’t wait to see if it will get better. It may clear up on its own eventually, but it will be after possibly several weeks of agonizing throat pain. Instead, plan to see one of the excellent physicians at TrustCare; simply walk-in to one of our many convenient locations.

Introducing TrustCare+. Skip the line at any clinic. Chat with our Care Team, any time. Sound too good to be true? Check it out!