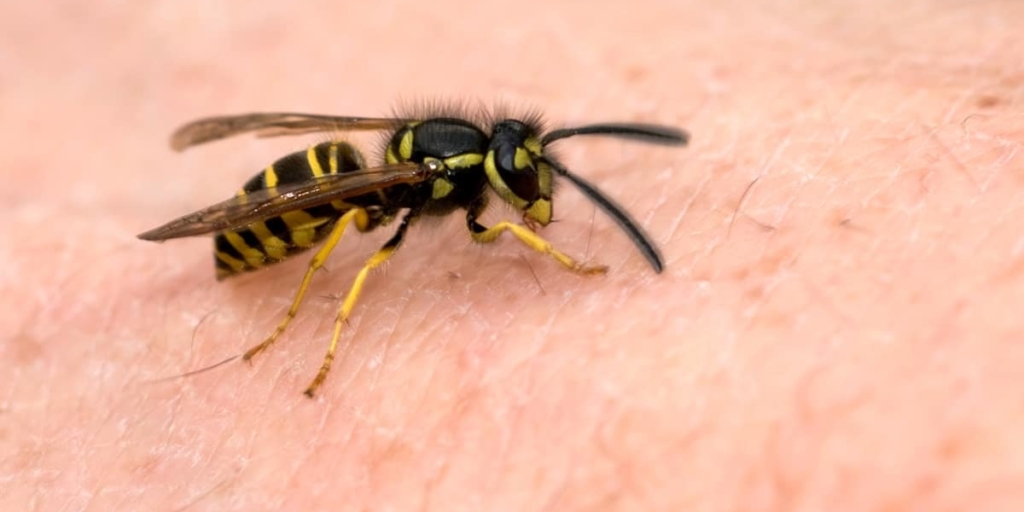 Bees are iconic insects that we associate with positive things like honey and flowers and pollination, but they can also fill us with fear at the thought of being stung. That fear can be even more potent when we think of a child being stung. Fortunately, for most kids (and adults), bee stings are a temporarily painful but ultimately benign encounter that will likely be more of an emotional trauma than a physical one. For some people with certain allergies, however, a bee sting can be a potentially life-threatening experience.

When people talk about bees and bee stings, they're probably referring to any one of a variety of species that are in different families but have many similar characteristics. Bumblebees, honeybees, yellow jackets, hornets, and wasps are all part of the Hymenoptera order, and one major similarity is that they’re all capable of stinging a human. Even though a sting can be painful and seem like an aggressive act, these insects only attack humans when they or their nest are threatened.

Honeybees, bumblebees, and other similar species are the types you think of hovering over flowers and collecting pollen. After collecting pollen and nectar, they bring it back to hives where they gather, reproduce, and make honey. This category of bees is fairly docile and rarely stings humans unless provoked; many species actually die when they sting a human because their barbed stinger gets stuck in skin and tears away part of their abdomen.

Yellow jackets and hornets are part of a different family of insects and can be collectively referred to as wasps. Whereas honeybees mostly feed on nectar and the honey they produce, wasps can feed on other insects or spiders. Wasps also tend to be more aggressive; this is partially because their hard-to-see nests make unexpected (and therefore more threatening) encounters more likely.

A person’s reaction to a bee sting can vary greatly from person to person. What many people don’t know is that only female bees can sting; this is because the stinger is actually a reproductive organ that has been modified to deliver venom instead of eggs. When injected into a person’s skin, the bee venom can have different effects depending on whether or not they are allergic. The following are some common reactions to a bee or wasp sting:

Most kids who get stung will have a minor reaction that includes the initial pain and some soreness that might last a few hours. More moderate reactions will usually involve the same symptoms but stronger. The redness may spread more and last longer, and the area can continue to swell for a couple days. This kind of reaction usually indicates a mild allergy to bee stings and may indicate a propensity to get worse; subsequent bee stings might have even worse symptoms.

Some kids are unfortunately very allergic to bee stings and can potentially have a very serious reaction. This kind of severe allergic reaction is called anaphylaxis, and it usually involves a number of individual symptoms like itchiness, hives, a swollen tongue, shortness of breath, lightheadedness, vomiting, or low blood pressure. The greatest danger of anaphylaxis is how quickly it can arise; in some rare cases, it can cause air passageways to constrict and subsequent cardiac arrest.

The risk of a severe anaphylactic reaction is very low, even for people who are allergic to bee venom. One major risk factor that makes it more likely is having an atopic disease like asthma eczema that affects the immune system. For this reason, kids and adults who are immunocompromised carry an Epipen with them at all times; an Epipen is an auto-injector device that immediately delivers a dose of epinephrine when jabbed into the leg.

Even though bee stings are usually no more than a nuisance, the experience can be quite alarming for a child. The development of allergies is thought to be hereditary, but it’s still mostly unpredictable which children will be allergic to bee stings. This is why it’s wise to take some mild precautions to make them less likely. Below are some helpful tips to keep you and your kids safe when outside:

If you or your kids are outside and one or more bees come flying near you, the most important thing is to not panic. If you stay calm and slowly move away from the area, the bees won’t feel threatened and therefore won’t sting. Swatting at the bees or moving quickly may agitate them and trigger an aggressive response. In some species of bees and wasps, a stinging releases a chemical aroma that draws other bees, so if you are stung, calmly and quickly move away from the area and go indoors.

If you’re stung by a bee and you don’t have an allergic reaction, the symptoms will be limited to some mild pain and maybe a little redness. Any discomfort can be treated by washing the area with soap and water and then applying ice to reduce redness or swelling. There are various home remedies that may provide some relief, but they aren’t backed by significant scientific research. Beyond ice, ibuprofen (Advil) or acetaminophen can help with any lingering pain and hydrocortisone cream or calamine lotion can help with itchiness and irritation.

Moderate or severe allergic reactions may require a different approach, especially depending on the severity level. One well-known remedy for hives or general itchiness is an over-the-counter oral antihistamine (Benadryl). If the reaction is severe, or more severe than a previous experience, it could indicate a developing allergy problem. If so, consultation with an allergist may be necessary to determine the appropriate course of immunotherapy and allergy shots.

At TrustCare Kids, we are passionate about providing excellent medical care for your kids. If your child gets stung by a bee and seems to have an allergic reaction, you should have a doctor evaluate them for a possible bee sting allergy. Our clinic is available for walk-in visits seven days a week for extended hours. We also offer pediatric primary care that is available by appointment.